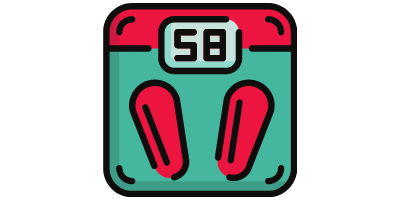 I’ve always thought that weighing scales only piles up the misery.

But my doctor has different thoughts.

At the verge of being rated obese, I was told to get a weighing scale. According to my wise doctor, it is to help kickstart a healthier lifestyle.

And here I am, browsing through dozens of different models and finally, handpicked some of the best.

I’m not sure if it’ll be of any help in shedding off a few kg, but I’m certain that these weighing machines will not be lying about my weight.

Read on and check out which captured my attention. 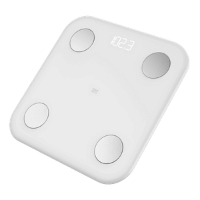 A feature-rich weighing scale that reports 13 types of body statistics accurately. It features a modern design and connects to the Mi Fit app with the latest power-saving Bluetooth 5.0.
$28.90 from Lazada

Like any products of Xiaomi, the Xiaomi Weighing Scale V2 is a sight to behold. I wouldn’t mind having it in my home even if it means confronting my less-than-ideal weight each day.

On a serious note, I like the fact that it’s updated with the Bluetooth 5.0 technology. If you’re using Bluetooth 5.0 earbuds, you’ll know that it hardly drains the battery at all.

Ideally, I prefer a weighing scale that does more than telling how many kilograms that I’ve put on. With the Mi Fit app, I’ll be able to track up to 17 types of metrics that give a better picture of my health.

Not every weighing scale in Singapore gives you such a huge array of stats. And according to what I’ve researched, the Xiaomi Weighing Scale V2 is highly accurate, which means I won’t be scared into thinking I’ve put on half a kilo overnight. 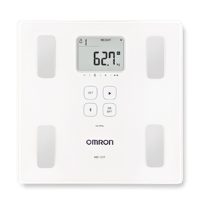 Claiming the second spot is the Omron Weighing Scale HBF-222T. As a leading electronics brand, particularly in the medical industry, Omron didn’t disappoint with this weighing scale.

It’s perfect for a small household like mine as the weighing scale can store up to 4 users in its memory. It makes syncing the data for your family members easy.

You’ll get 7 types of body composition metrics calculated from the app, which means there’s no need to manually figure it out with a separate app.

Omron’s products are known to be reliable and durable, and the Omron Weighing Scale HBF-222T is no different. Besides, it’s protected by a 1-year local warranty.

My only complaint? It’s not the cheapest in town.

Xiaomi Weighing Scale V2 is arguably the best weighing scale that’s worth your money. It features Xiaomi’s recognizable sleek and slim design and reports up to 13 types of statistics including BMI, visceral fat, muscle mass and body age. With a Bluetooth 5.0 upgrade, expect a longer battery lifespan than its predecessor.

“Having the data recorded in an app for easy monitoring and the other body metrics are just a great bonus! It looks and feels like a great product. Would recommend to anyone looking for a smart scale.” Read the full article here

The Omron Weighing Scale HBF-222T is a premium digital weighing scale that’s worth every dollar for its value. Its stylish design and accurate readings ensure that you’re well-informed of your body weight. By connecting to the Omron Connect app, you’ll get detailed analysis of metrics like BMI, visceral fat and body age.

“Never thought I'd buy something at this price point considering there are cheaper alternatives. However after using Omron Connect app for the BP Measuring device, I've experienced the convenience of syncing data to phone and cloud account.” Read more feedback here. 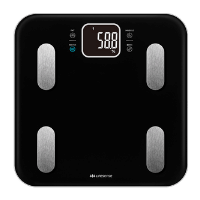 Lifesense Smart Composite Body Scale S9 offers a whopping 29 types of statistics via its app. Even when used as a standalone, the weight scale shows body fat, muscle mass, water content and bone mass on the display. It could easily top the list if it has a more intuitive app.

"Having fun with it. Works well, took a while to figure out the app and sync it and all... but good buy!" - Read more feedback here. 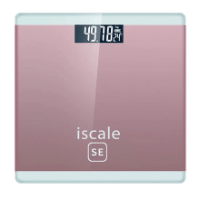 The iScale Series Digital Weight Scale spots a range of colourful basic weight machines that get the job done. It’s lightweight, responsive and compact. A layer of tempered glass prevents the weighing scale from scratch and cracks.

"Easy to use, step on it to turn on automatically. Weight is quite accurate with two decimal points as I did comparisons with other weighing machines." Read more feedback here. 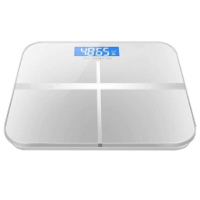 This digital weighing machine uses an internal rechargeable battery instead of replaceable ones. It’s stylish, modern and surprisingly lightweight. While it’s an entry-level weighing scale, accuracy is good and it’s reasonably robust.

The scale is compact, the LCD display is bright and clear, at first I worry the build in battery may not last long but once charged (using USB cable) the scale can be used for weeks before you need to charge again. - Read more feedback here.

Psst. At ChiliRank we value trustworthiness and expertise before profit which means our advice is never influenced by financial gains. We just thought you like to know that.

Why you can trust our advice

I’m a writer, which also means that I spent most of my waking hours sitting on an office chair facing the laptop.

And with my absence from the gym for years, it’s only natural that my pot belly shows no sign of shrinking.

With the latest warning for my doctor, I got a wake-up call, which prompts me to search for a weighing scale.

I hope it helps to kickstart a healthier lifestyle, or at least, reminds me to be mindful of my diet.

I’ve compared the different weighing scales available in Singapore and picked the best ones for a tech enthusiast like me.

Preferably, I’ll need one that does more than showing my weight, which is in danger in hitting 3 figures. This explains why the Xiaomi Weighing Scale V2, which provides more than a dozen statistic through the app, is my top favourite.

It’s a no brainer for me to pick the Xiaomi Weighing Scale V2 as the winner. I’m impressed by how it managed to rival leading brands in terms of accuracy.

The fact that it could easily integrate to the Mi Fit app greatly influences its status as the top-ranked weighing scale. I mean, what more could you ask when you have 17 different metrics for your body composition?

The low-profile design of the Xiaomi Weighing Scale V2, which is only about 2 cm, means that I could easily store it under cabinets.

Meanwhile, the Omron Weighing Scale HBF-222T is a well-deserving runner up for its quality and durability.

Like Xiaomi, it can be paired with an app where you’ll get reports of the body composition analysis. However, it only shows 7 types of data, which is less than half of what Xiaomi is capable of.

Meanwhile, a balance scale compares an object with an unknown mass against one with a known mass. Balance scales are not dependent on gravity and are commonly used in laboratories and medical facilities.

Where to buy digital weighing scales in Singapore?

If you’re looking for a digital scale in Singapore, you’ll usually find it at retail outlets like Watson or Guardian.

Alternatively, you can shop at Lazada or Shopee, which gives you more options like the Xiaomi Weighing Scale V2.

Do you need to calibrate digital weighing scales?

Digital scales functions with electronic sensors and the reading may go off after prolonged usage. Some weighing scales can be calibrated and you’ll need to refer to the manual for the exact steps.

How to get an accurate reading on a weighing scale?

If you’re not using the weighing scale properly, you may get inaccurate readings. To save you from getting agitated over nothing, here are a few things you need to do.

Is a digital scale more accurate than an analogue scale?

It’s fair to say that digital scales tend to provide more accurate readings than analogue ones. Digital scales use electronic sensors, while analogue scales are based on a spring mechanism. The latter is prone to wear and tear as time passes.

I’m an engineer-turned-copywriter, and also a blessed father of an 8-year-old. When I’m not writing, I’ll be whipping out delicacies worthy of Gordon Ramsey’s (or not).